Examining diamonds inside of an old meteorite, scientists have uncovered a remarkable, complicated, minuscule structure that has never been seen before.

The structure, which is an interlocked form of graphite and diamond, has unique properties that one day might be used to develop speedier charging or new types of electronics, according to researchers.

The so-called “Diablo Canyon” meteorite was first discovered in Arizona in 1891 and is thought to have struck Earth around 50,000 years ago. This meteorite contains up to 8.5 percent troilite-graphite nodules, 1-4 percent taenite, and about 90 percent kamacite (FeS & C). The original bulk was thought to be 60,000 tons and 100 feet broad.

It is believed that during this process, the unusual diamond formations formed and were sealed into the meteorite.

Although not the usual kinds, this meteorite contains diamonds. Nearly 90 miles (150 kilometers) below Earth’s surface, where temperatures can reach more than 2,000 degrees Fahrenheit, is where most diamonds are formed (1,093 degrees Celsius). The carbon atoms arrange themselves into cubic forms due to the temperature and pressure at this level.

On the other hand, the “Canyon Diablo” meteorite’s diamonds, known as lonsdaleite, have a hexagonal crystal structure (named after British crystallographer Dame Kathleen Lonsdale, the first female professor at University College London). It has been found that certain types of crystals can only form at extremely high pressures and temperatures.

Similar formations have been recreated by scientists, however they are often exclusively discovered in meteorites.
Lonsdaleite can be created in a laboratory by using compressed air and gunpowder to launch graphite disks towards a wall at a speed of 15,000 mph (24,100 km/h). Lonsdaleite is typically only created when asteroids contact Earth at extremely high speeds.

While examining the lonsdaleite in the meteorite, the researchers noted an unexpected phenomena with reference to the “Diablo Canyon” meteorite diamonds. For instance, instead of the pristine hexagonal structures they had anticipated, they found growths of another carbon-based substance called graphene interacting with the diamond.

Inside the meteorite, these growths, known as diaphites, show as a very intriguing layered pattern. The researchers claim that “stacked flaws” between these layers show that the layers are not perfectly aligned.

According to the researchers’ results, the presence of diaphites in meteoritic lonsdaleite suggests that this resource may be widely accessible given its presence in other carbonaceous minerals. The discovery advances the researchers’ knowledge of the pressures and temperatures needed to construct the structure. 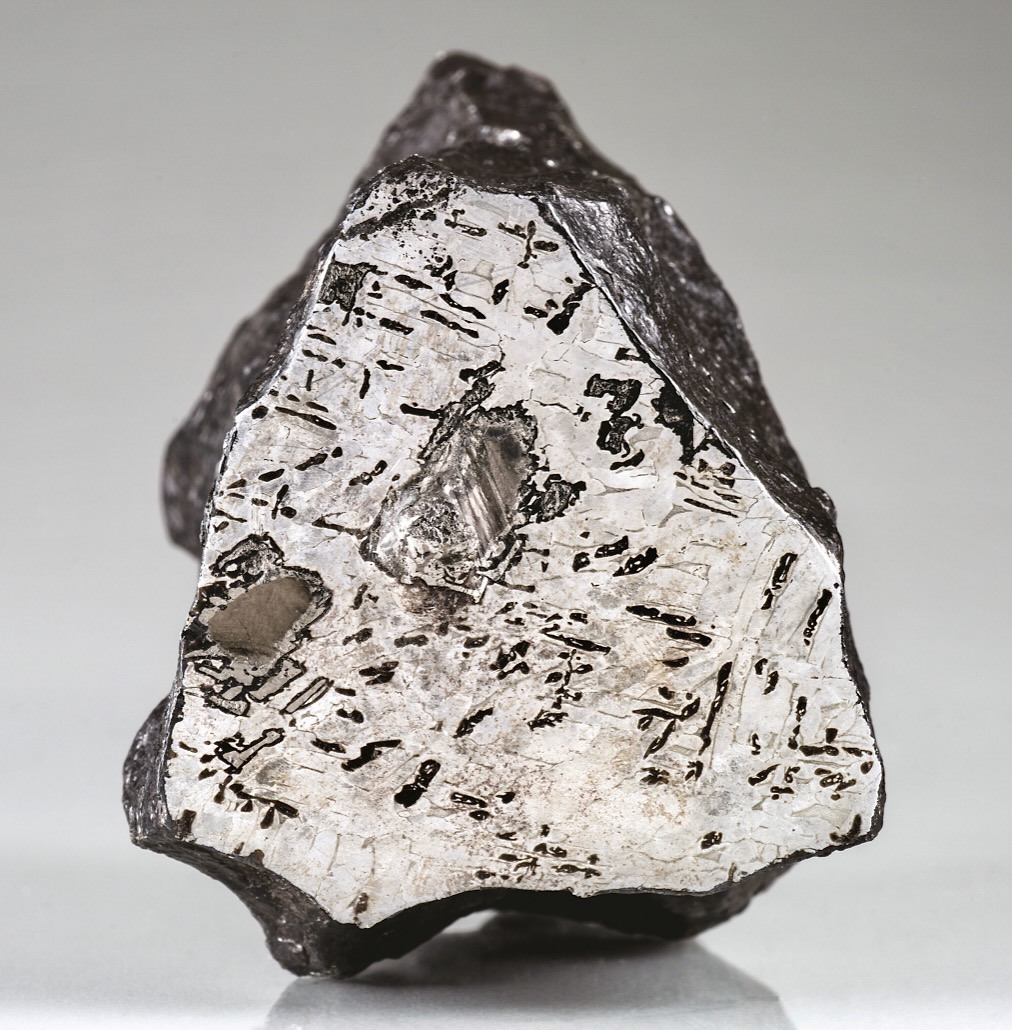 One atom thick hexagon-shaped sheets of carbon make up graphene. Even though research on the material is still in its early phases, it offers a wide range of possible applications.

According to the researchers, because it is translucent, highly conductive, and 1 million times thinner than a human hair, it could one day be used for more accurate medical treatments, smaller devices with lightning-fast charging rates, or faster and bendier technology.